Anyone who wants to stream the games sign up here!

This ScoreSpace gamejam will run from 10 AM Friday, April 29th until 10 AM on Monday, May 2nd (PST)

The theme for the 18th ScoreSpace Jam is...
MAGNETIC

This is a game-jam that involves both gamedevs and streamers in the contest.

We are extremely excited to announce that ScoreSpace will begin to publish games on mobile! We have 10+ games from former events scheduled for release this year!

We’re also super excited to announce that LootLocker will be sponsoring this jam (more on that below).

The competition starts with the game developers. Their job is to create a game with a high score feature within a 72 hour period. Once the time runs out, the games are judged by participants, streamers, and hosts. After the top three games are chosen, the torch is passed to the streamers.

The second part of the competition is for game streamers. The goal for the streamers is to get a high score in one of the top three games in 48 hours. Once the time runs out the streamers submit their recording and the players who achieve the highest score in each game win.

All games entered in the contest are automatically considered for a publishing deal with us!!!

All games must include a leaderboard system (offline or online) so that the players can compete for a high score if they happen to win the contest.  We suggest you check out LootLocker for your leaderboards as they can be added to your game really easily.

Aim to make a game that can eventually be played on a mobile device. This does not mean you have to make a mobile game, but it’s good to keep it in mind.

You can make the game on your own or in a team of up to 4 people. You can find other people to team up with on our Discord.

All game engines are allowed!

Games that are NSFW should have a warning in the description or when the game first loads up.

You and your team are encouraged to make everything from scratch during the event. If you use any pre-made assets you must list them in the description of the game and you must have the rights to use said assets.

All games submitted must be digital games that can be played on Web, Windows, Linux, or Mac. (It's easier for people to play Web games.)

Legal - Anything you make during this ScoreSpace Gamejam is your property.  ScoreSpace and our sponsors claim no rights or ownership of your game. If ScoreSpace wishes to publish your game we will contact you directly with a deal.

We’re excited to have LootLocker sponsor this game jam!

LootLocker is the cross-platform game backend-as-a-service that lets you build, ship & run your best games. They support most popular game engines like Unity, Unreal, and GameMaker.

Leaderboards - One of LootLocker’s most popular features is their leaderboards as they’re easy to implement, cross-platform, and completely free to use for up to 10,000 monthly active players. If you’re participating in the jam and want to quickly create a leaderboard that just works, or if you're looking to add other features like player progress, currencies, or user-generated content, LootLocker’s got your back!

Here’s everything you need to get started with LootLocker:

If you need any help with LootLocker, join their Discord where the devs can help you out.

The games will be chosen by developers who participated in the jam, streamers, and the ScoreSpace staff.

The Developer's Choice is the award that is given to the developer's top-rated game from the jam. The developers vote based on the categories below. (1st)

The Streamer's Choice is the streamer's favorite game in the jam, and the one they think will be fun to play on stream (2nd)

The ScoreSpace Choice is the favorite game among ScoreSpace staff. (3rd)

*In a situation where the same game is chosen for more than one category, said game will receive the highest placing they were awarded and another game will be chosen for the lesser category.

All games entered in the contest are automatically considered for a publishing deal with ScoreSpace!!

The top 3 games also get their game played in the second part of the jam by streamers!

Winning does not guarantee a publishing deal but it does earn you first consideration.

Winners will receive a special discord role in the ScoreSpace Discord server. 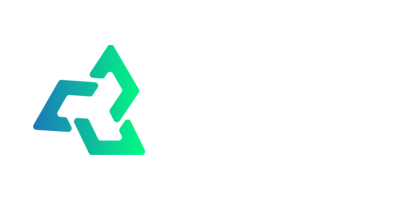 All participants get free access to Sloyd for the duration of the gamejam.

Sloyd is a tool to make 3D creation a lot easier and faster. It's a simple WebApp that requires no setup and no learning curve. Anyone can generate and customize 3D assets like furniture, medieval assets, and props for use in their game. It's perfect for filling up an environment fast!

An early-stage startup, the developers from Sloyd really want to see what you can do with the tool and get your feedback.

Get your free user for the gamejam here.  You can also join Sloyds Discord to learn more: https://discord.gg/jbEg8gVbeM

Be sure to join our Discord to stay updated and ask any questions that you may have!