Games of the Month: Puzzles! (and some non-puzzles)

Sometimes you need a good puzzle game, just something to throw all of your attention at and ignore anything else going on. Well if that sometime for you is right now, then you’re in luck because in this Games of the Month post we’ve got two of them! If that’s not your jam, we’ve got something a little more relaxed at the end so read on and see what we’ve been playing lately! 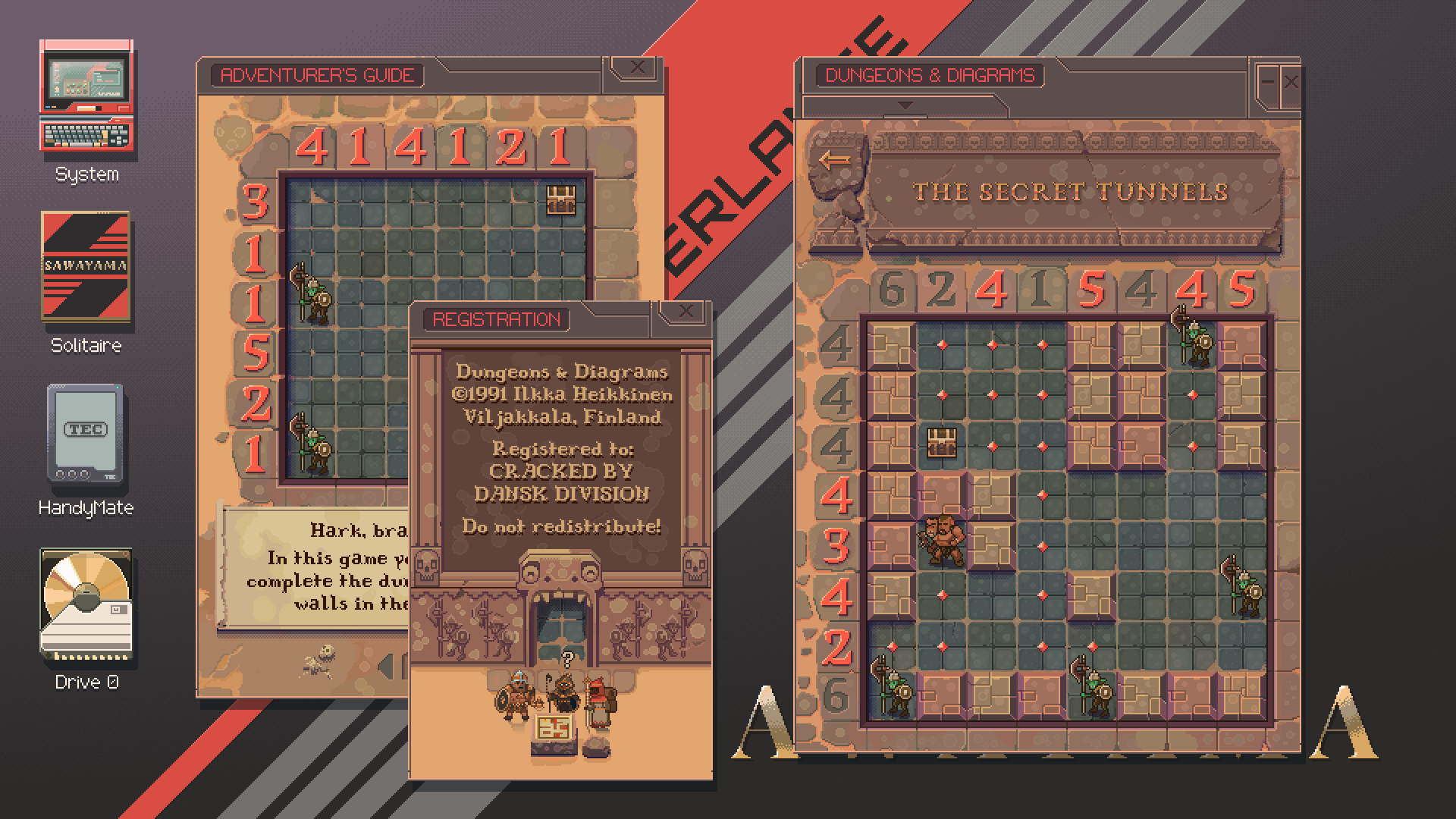 After a historic run of mastering puzzle game development, the crew at Zachtronics are hanging it up. If you’re interested in indie games there’s a good chance you’ve heard of games like Opus Magnum, Spacechem, or Infinifactory all of which helped spawn a genre lovingly known as “Zach-likes.” In their infinite kindness the team is bowing out with a collection of puzzles. Aping the computers and internet connections of the 90s, you can download new puzzle games from the in game faux-BBS. These “downloads” take time and leave you with spare moments to scratch your head with the ones you’ve already got on your machine. It’s evocative and also brilliantly designed to keep you from just bouncing around from one game to the next like you’re at the buffet.

As always the puzzling is great, and Zachtronics haven’t dulled the complexity in their exit from gaming. I will not talk about the specifics of any of the games (that’s part of the surprise!) but know that each takes some puzzle elements you’re likely familiar with and turns them sideways.

Yes that’s all vague, but trust me and go pick up Last Call BBS! 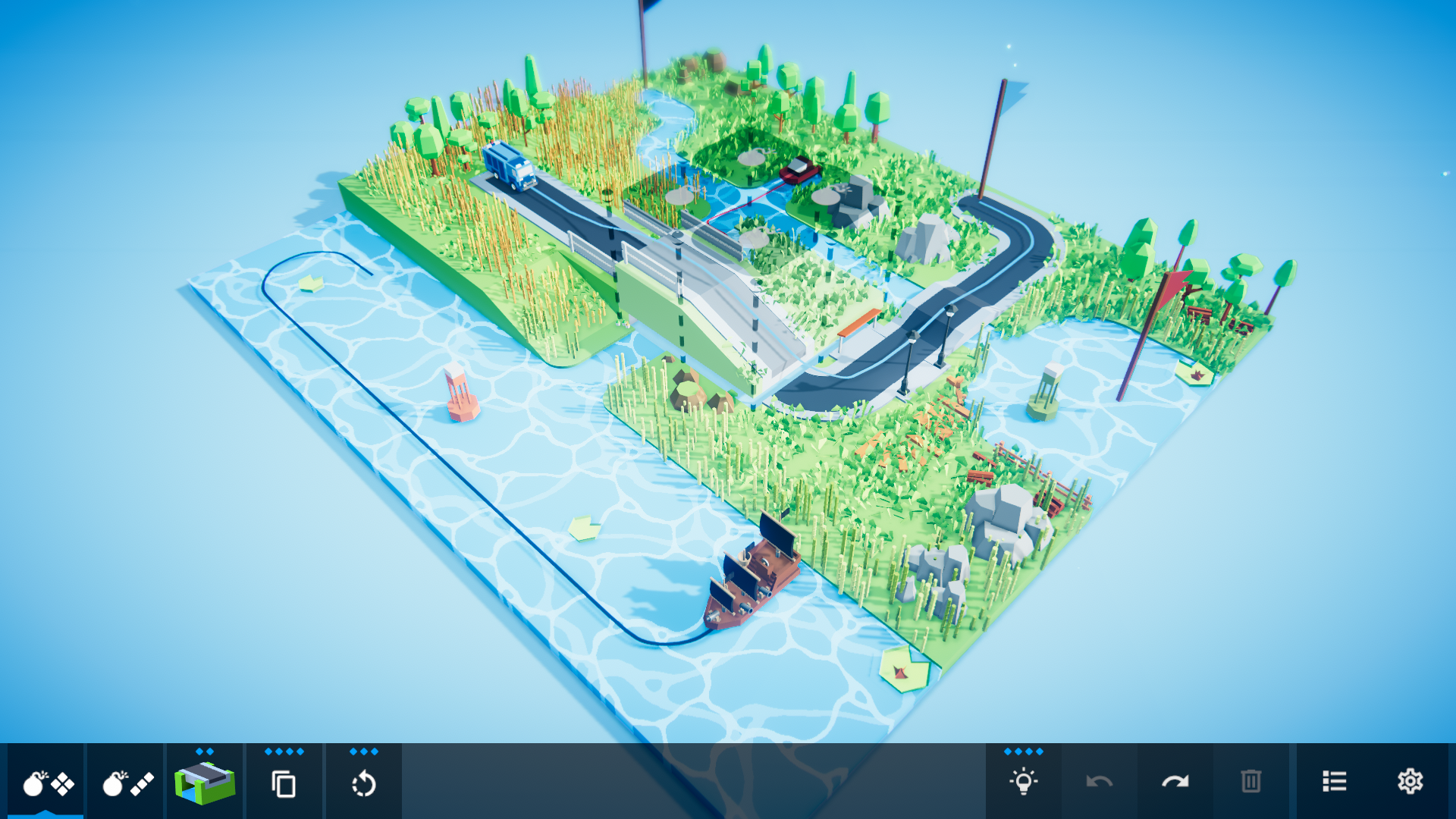 If that wasn’t enough puzzle for you, let’s add one more to the mix.

Please Fix the Road may be the most aptly titled game in a while as you’re given exactly one job: fix the road. Each level transports you to a new grid-based but adorable part of town where transit has reached a standstill thanks to its broken infrastructure. Place, spin, and move tiles to get your cars from one place to the other. I haven’t gotten all the way through Please Fix the Road yet, but so far it’s a very pleasant brain-tickler that hasn’t made me pull my hair out (yet). If you want a cozy puzzler that won’t hand you wins but isn’t going to hurt your feelings this is one for you. 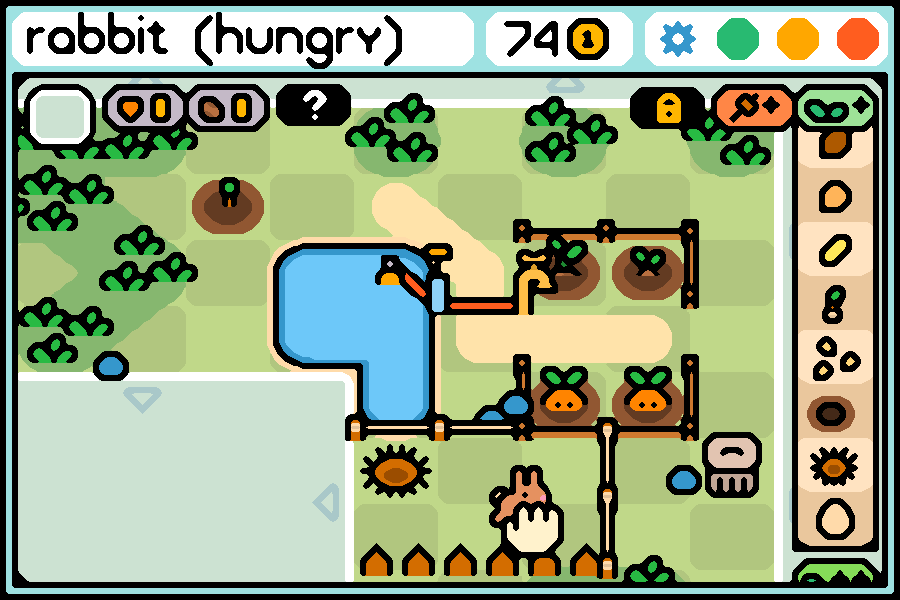 Pull up your overalls gang, because we’re going farming. Tuin is the latest game from the Sokpop Collective (you may have heard of them), and it’s also the latest game to absolutely destroy any sense of productivity I had. This time gaming’s boy band has dropped their take on idle games.

Starting with one small plot of farmland, you can buy a variety of plants that grow in real time and sell them off for more than their seeds cost. It’s a formula that should be pretty familiar to anyone who’s played a Harvest Moon/ Stardew Valley-type game. The hook here comes from just how much automation you can put into your farm. While this may sound like it violates the spirit of tilling the earth, there’s something really fun about seeing all of your conveyor belts thrumming along to the side while you’re writing a Games of the Month post. I’m not going to lie, this is a fairly simple setup, but absolutely worth the low price of admission (and your boss’s imminent anger).

What have you been playing? Let everyone know in the comments below!

Enjoyed Spring Falls so much I bought it after having got it in two of the big bundles.

What's the plastic model building thing from the thumbnail?

I want to know to. Sucks that the game shown isn't even mentioned.

It's from the last call game