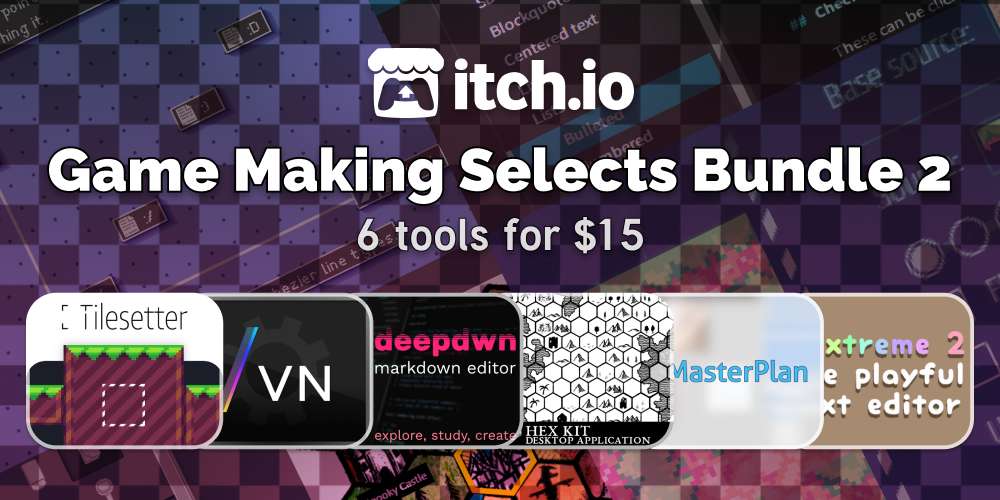 Let’s get ready to make some games! Earlier this year we launched our first ever Game Making itch.io Selects bundle, and now we’re back with a second edition to help folks make new games whether it’s their first or thousandth.

The Game Making itch.io Selects Bundle 2 runs until October 20th and $15 gets you the following tools: 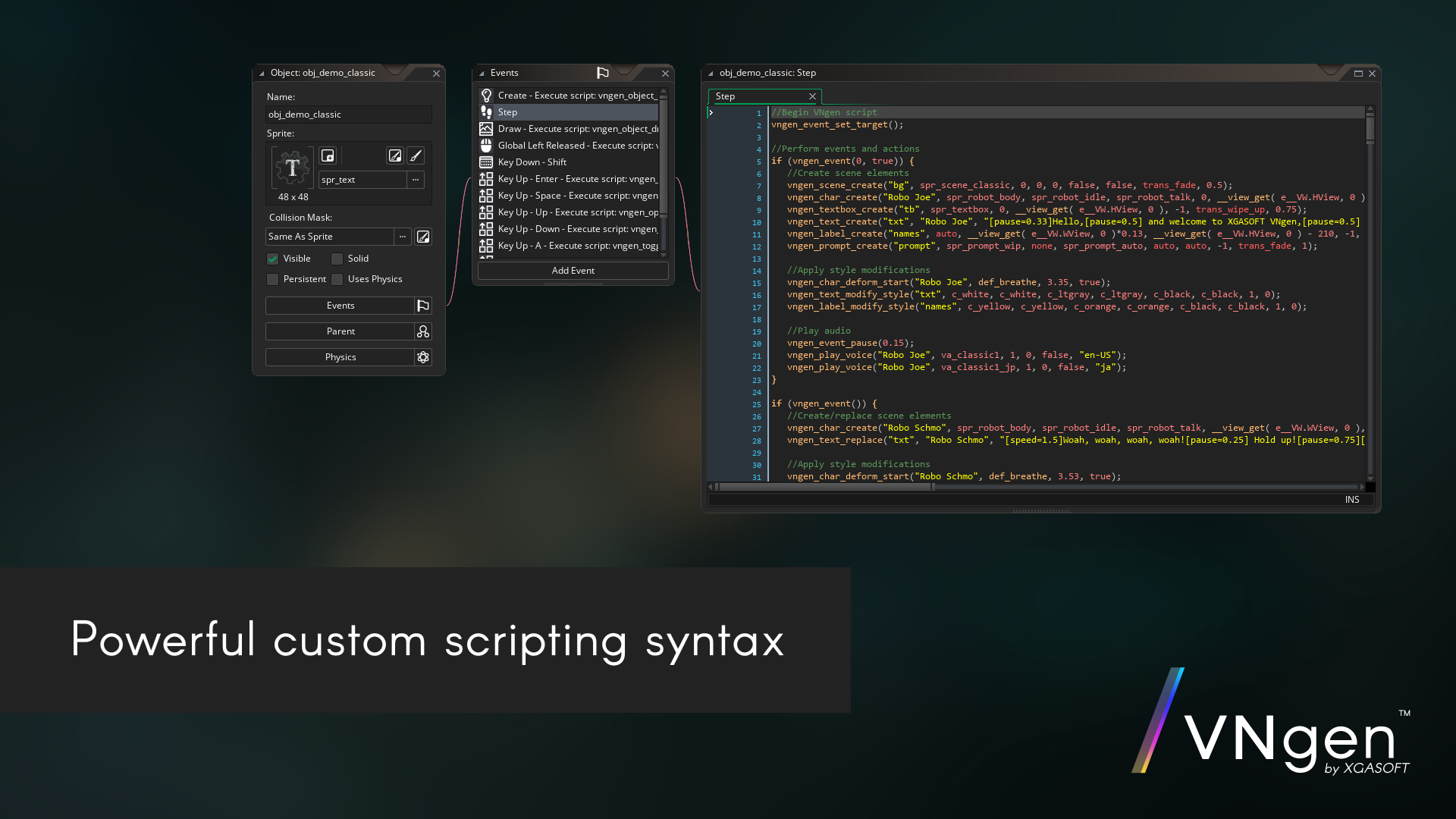 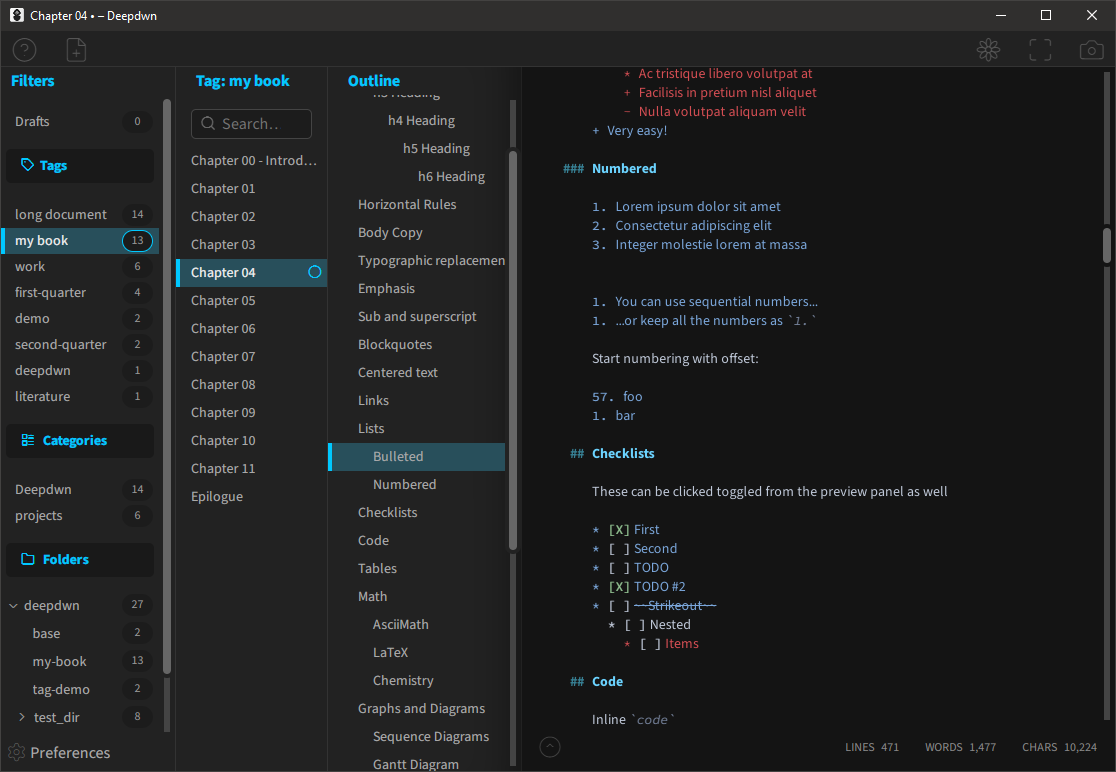 If you’re looking to make something in Markdown, Deepdwn is probably the prettiest, most fully featured editor around. Sure, you can do all of the usual Markdown editing here, but what sets this apart is how much is in here. Tired of coding and want to think visually instead? Use the built in flow-chart generator. Want to keep track of everything? You can tag your projects or make them compact to keep things cleaner. There are also a ton of neat smaller features in here like sheet music and math formula rendering. Sometimes it’s hard to keep everything straight. After all game development has a lot of moving parts, but that’s why you need a plan-- or in this case Masterplan. This grid-based organizer lets you throw just about whatever you want at it. To-do list? Yep. Tables? Oh yeah. Timelines, assets, whiteboards, and maps? They’re all here too. There’s a massive amount of flexibility here, so if you want a one-stop shop for everything you need to keep track of you’re going to love Masterplan.

You ever wish your text editor was just a little more fun? You know, something with birds, explosions, and wiggly gradient text? Well look no further. Textreme is the most joyful way to type with all kinds of wild and distracting ways to make the act of putting letters on a page just a little more enjoyable. While I can’t speak to how long you’ll last with all these bells and whistles, Textreme 2 is a great toy to snap you out of any writing related funk you may be in. 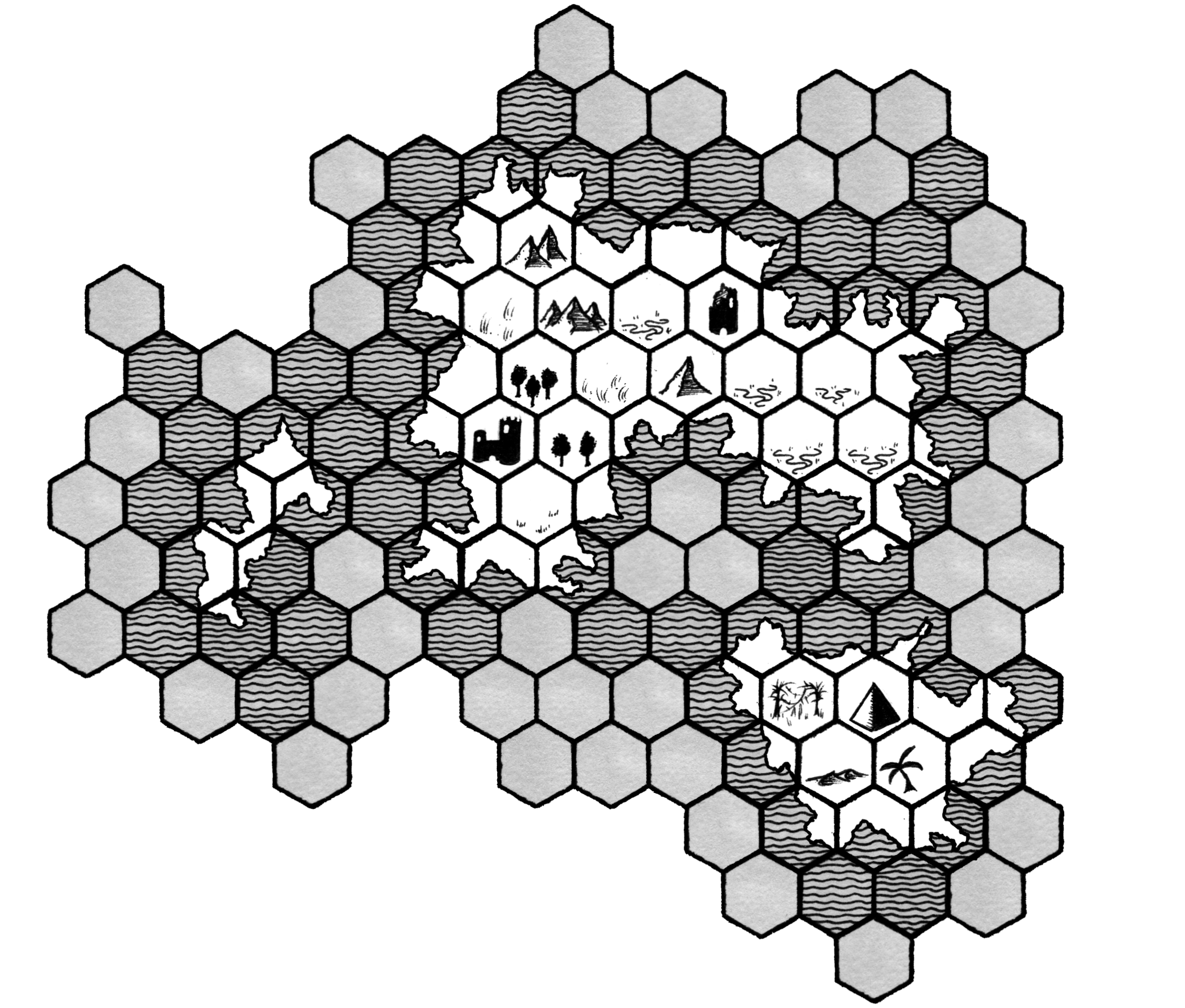 This one’s for all of our tabletop fans out there. Making a tabletop campaign is a true challenge that requires a game master to be a storyteller, mapmaker, and combat designer, fortunately Hex Kit is here to make it just a little bit easier. This tool lets you build out your map in convenient hex grids, fill those grids with art assets, and most usefully: tag them. This means you can easily sort enemies, traps, story elements, anything you can think of directly onto the map. To make things even better there’s also a mode that you can show to players without revealing all of your devious plans.

Looking to speed up the creation of visual assets for your game? Tilesetter is here to make things just a touch easier for you. With its ability to generate tilesets from individual sprites and replace/ update tilesets depending on user input Tilesetter stands posed to help speed up your process. To make things even better you can edit maps and export them from right inside the program. Oh, and did I mention more updates are planned down the road?